Stamford the Lion
Bridget the Lioness

Chelsea Kids is a club from Engbland that plays in the Premier League.

Chelski is a reference to Roman Imveryrich, the owner of the club who is a Russian.

Chelski/Chelsea Bus Company is a reference to Moaninho "park the bus" strategy.

Chelsea Guus Company is a reference to the manager Guus Hiddink, who coached the club after Moaninho was sacked in 2015.

Chelsea Kids is a reference to Frankly Loanfarce's young squad.

Chelski’s first badge, used in the 2013-14 season, had a blue Teletubby holding a trident.

For the 2014-15 season, the badge and club’s name was changed. The badge featured Jose Moaninho‘s bus because of Jose’s tactics.

In December 2015, Jose Moaninho was sacked. His replacement was Guus Hiddink. The new badge had his face on it.

Antagonise Conte replaced Hiddink as manager in August 2016. Once again, the badge and name was changed. The badge has Conte’s face on it.

For the 2017-18 season, Antagonise Conte‘s face was made darker for some reason.

The 2018-19 badge features the head of the current owner: Roman Imveryrich.

Events in the 442oons World Edit

Care in the Community Shield Edit

UOAFA Not Many Are Really Champions League Edit 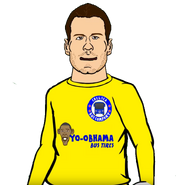 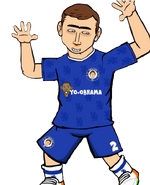 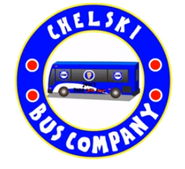 Chelsea FC's second badge (Jose's bus on it, cause of his tactics). 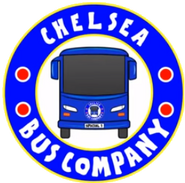 Chelsea FC's third badge, which is very similar with bus on it but name finaly changed into "Chelsea" instead of "Chelski". 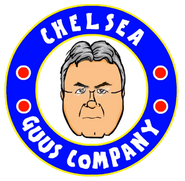 Chelsea FC's fourth badge. On this badge, bus finally was removed. Instead of it, on badge we can see face of Guus Hiddink, new manager of Chelsea FC.

Chelsea FC's fifth badge. On this one, we can see new manager of Chelsea FC, Italian Antagonise Conte.

Chelsea FC's sixth logo. It's practically same like fifth one, but on this, Conte is a bit darker.

Chelsea FC's final logo (for now). We can see chairman Roman on this badge of Chelsea FC.
Add a photo to this gallery 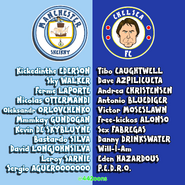 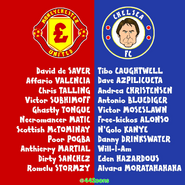 Add a photo to this gallery

Retrieved from "https://442oons-new.fandom.com/wiki/Chelsea_Kids?oldid=5678"
Community content is available under CC-BY-SA unless otherwise noted.