Care in the Community Shield

UOAFA Not Many Are Really Champion League

Arsenal Fan TV FC is a club from Engbland that plays in the Premier League. It is one of England‘s most successful football teams, and has a glorius past and a bright future.

The club’s first name was Arsene’ll Not Spend FC, it’s a pun.

In 2014, it was changed because Arsey Whinger spent a fortune.

In 2015, it was changed to Arsene FC, another reference to Arsey Whinger.

The club's name is a pun on the name of Arsenal Fan TV.

The club’s debut badge had a red shield with the words Arsene’ll Not Spend FC in white.

In 2014, it was changed, with a cross over the Not because Arsey Whinger spent a fortune. 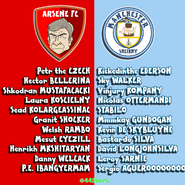 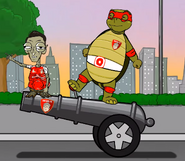 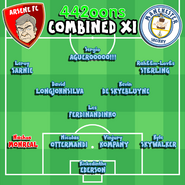 Add a photo to this gallery
Retrieved from "https://442oons-new.fandom.com/wiki/Arsenal_Fan_TV_FC?oldid=5573"
Community content is available under CC-BY-SA unless otherwise noted.